The final chapter of the arch building has started 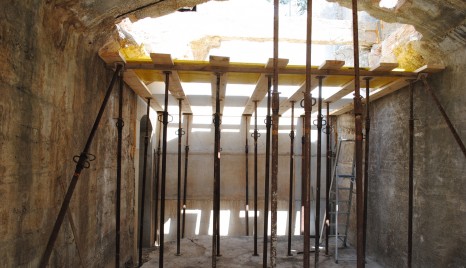 I have already created several posts about arch construction of concrete.
Flashback for new readers
For those who are new to my blog: the former coal storage building consists of 3 rooms where the coal could be loaded into trucks. So 3 trucks could be loaded at the same time. The ceiling of these rooms are arch shaped as to be strong enough to hold the enormous weight of the coal above, stored in 9 compartments/bunkers. Two of the 3 arches are structual quite ok and only had to be extended 2 meter to the wall at the back of these rooms, which has already been done. The third one however was very bad and had cracks all along the length of the arch, one in the middle and two on the lower sides.
Re-construction of arch of 12 x 4 meter
After having removed part of this third arch using the special non exploding dynamite I was positively surprised. The concrete was not too bad, very dense and it looked solid. Maybe it was not necessary to reconstruct the whole arch but only the really bad parts. I called in an expert and he was clear: remove and remake the whole arch.
In principle I could do the whole arch of 12 meter in 1 time, but that would require 6 more polystyrene molds - in the shape of the arch. These are expensive. I would also need 100 more stamps to hold these molds up in the air. And I would need a lot more concrete. I decided to make it in 3 parts of 4 meter each, which required just 1 more polystyrene mold and I already have 50 stamps in stock.
Thanks Wim !
Wim - brother of Ans - assisted me with most part of the construction of the forms and all the preparation. Thanks Wim, you were a great help and it was a pleasure working together !
D-Day
Today was the big day. After a week of preparation, creating the forms, putting the molds up with the 50 stamps, covering it with plastic, then covering it with planks impregnated with diesel as concrete does not like to stick to diesel, adding lots of rebar as stacks as grids, it was ready to start making concrete.
I calculated that the layer of around 20 cm concrete would equal about 3 m3 of concrete which means 10 mixers of 300 liter each, 30 bags of cement, some fibers to increase strength and a liquid which makes it kind of water resistant.
11 Loads in 3 hours / 7000 kg
This morning we started around 11 AM with mixing the first load. We is: Ans, Martin - a new volunteer from Estonia - and myself. Around 2 PM we were ready, everything went smooth and according to plan, no holes in the forms where the concrete could get out and the forms were holding the 7000 kg of concrete nicely in place.
28 Days to reach final strength
Now the concrete needs time to cure, which needs 28 days to attain maximum strength (after 5 days around 50%). I intend to remove the forms in the beginning of November. I am breeding on an idea to not having to remove the forms with the polystyrene on top, but only most of the stamps and then put it on wheels and roll it to the next section. This would save a lot of time.
To be continued
The arch project posting will be continued upon finalizing the complete arch which will be likely to be reached by the end of the year. 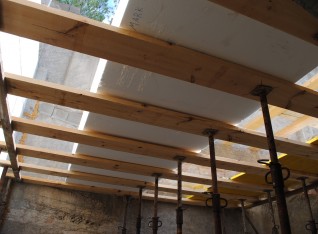 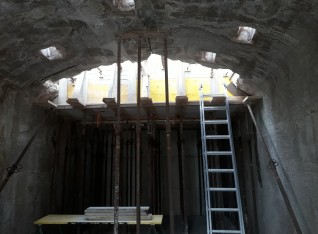 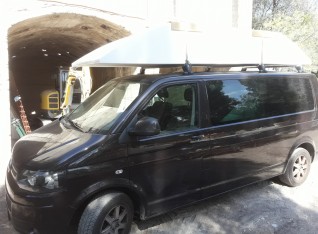 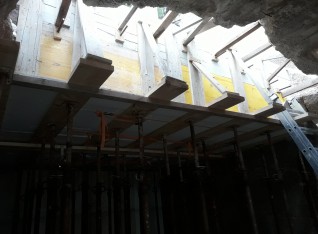 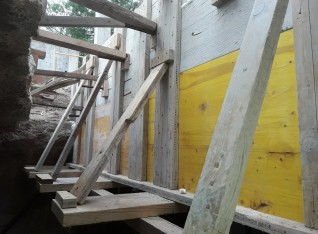 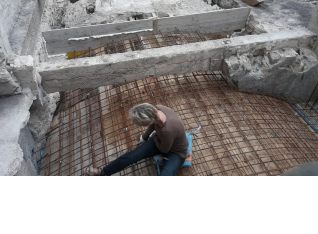 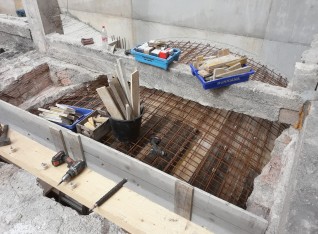 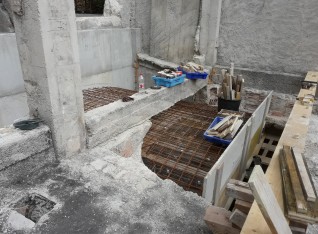 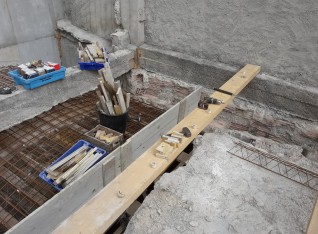 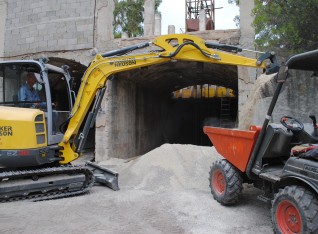 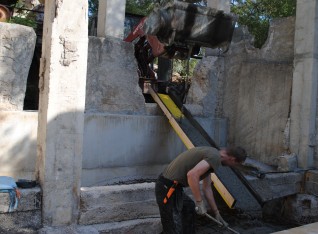 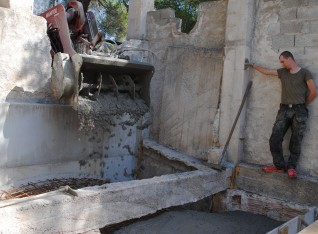 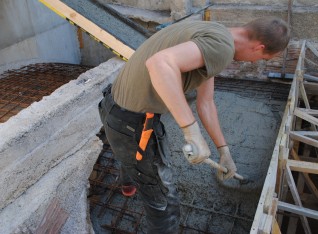 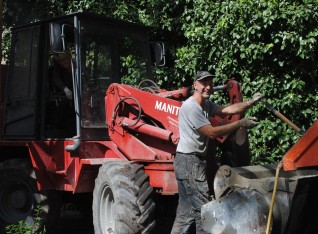 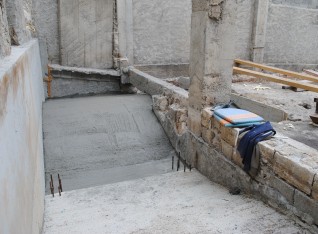 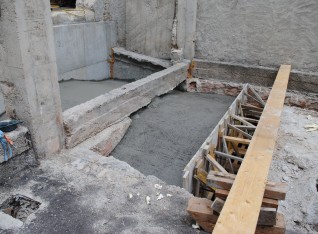 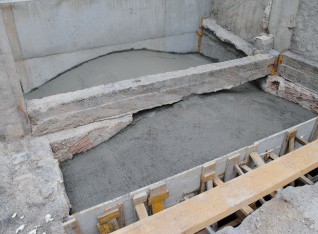 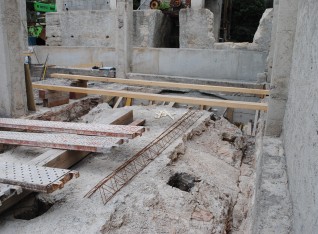