Improving the back side of our house 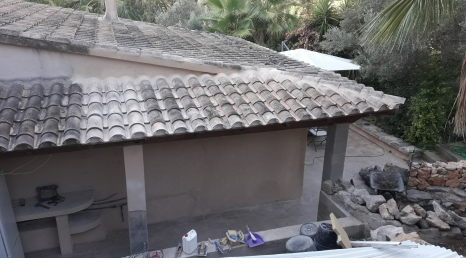 The house where we live in used to be the change and shower building for the mine workers. The former owner David built it up again after stripping it down to the 4 walls. There is nothing left from the old situation, apart from the old incoming water tubes and a very ugly concrete water deposit at the back of the house. David had avoiding removing this as it would have been a lot of work. But every time you walk down the stairs to our house you see it. The only way to get rid of it does indeed involve a lot of work, but this does not always stop us from doing it. My mind works as follows: when I start doubting, weighing the positives against the negatives, it's time to 'just do it' like Niki's slogan says. And guess what: many times you have been overthinking it. Once starting on it for a few hours you see progress, which inspires you to continue.
Improving the backside of our house by removing this old concrete water deposit and restoring the roof of the porch and removing a concrete base for the diesel deposit tank (which was used for fueling the heater for the radiators), was in fact all part of a greater project which includes the staircase to our house as well. That's the risk of improving something, as it will stick out nicely, but the contrast with the rest will increase negatively.
It has been done now apart from some plaster repairs on the walls and the newly created pillar on the corner of the roof of the porch.
The way it looks now is like it has never been different before and it's hard to visualize how it was as it did not make any sense how it had been done. It proved to be a challenging task, especially where one side of the roof changes it's angle and continues around the corner. So the end result makes me even more satisfied.
The work has been done during the time of the year you should not take on any hard physical work. A few days I started at 7 AM, and although it definitely much cooler than a few hours later, it's not in sync with my personal daily rhythm, so most of the days I started around 8 AM and continued till lunch time, which is 1 PM. A few days it was super hot and even though I had a tarp above my head, the heat was burning through it as if it was not there.
Still to do: install the rain gutters, finish and repair the plastering.
Other short updates
Falcons
Three chicks flew out of the nest this year. We have been watching them grow and threw a few freshly caught rats on the platform before the nest. They did eat from it to our surprise and tore it apart.
Vineyard
We are giving up on the vineyard and making wine. Reason: mildew. We thought we did everything right this year regarding the pruning, the spraying, the weeding etc. The vineyard looked meticulous when the first leaves came on the vines. When the vines started to bloom we noticed the first signs of mildew and two weeks later we discovered that this was the worst year ever. We are giving up, game over... no game 'end', we will remove all the vines and do something else with it. What ? We don't know.
We both believe that the main fundamental cause of all the problems with mildew is the location of the vineyard. Vineyard are always placed on top of hills, never secluded and protected against the wind. Mildew is a fungus and what it does not like is wind.
Doors for the former coal storage building
The 3 rooms are as good as ready except from the doors, it's still fully open. I have a kind of a design in mind for how to make it. On the inside of the doors I will use a steel frame on which I will apply a wooden frame. On this wooden frame I will fixed the outside wood paneling. After the backside of the house has been fully completed I want to start working on this. Hopefully I will find a volunteer with wood working skills to assist me. Since our volunteer Martin has left I have to do most work alone, which slows down the work by more than 50%. In other words: with a good second pair of hands you do the work for three stand alone workers. At least this applies for most of the types of work we do here.
Hovos and Corona
Corona has also affected the website Hovos.com. The typical volunteers on Hovos are backpackers traveling from country to country, many times without a firm plan. This is not possible now and most probably for the next few years. We have stopped advertising after the lockdown and we are still far from starting advertising again, since the virus is not really slowing down on a worldwide scale. So we decided to kind of sit out the storm and reduce costs where possible. 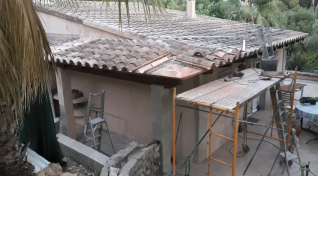 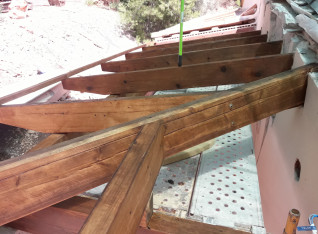 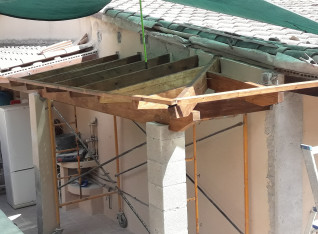 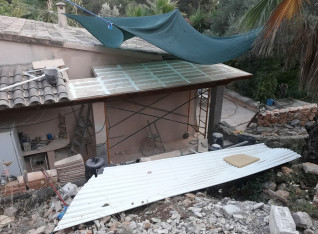 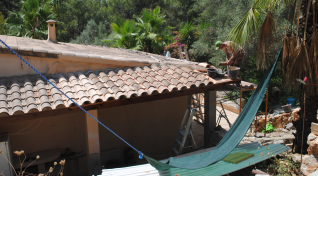 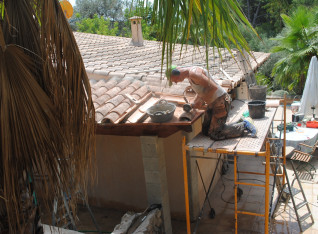 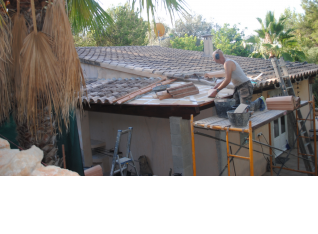 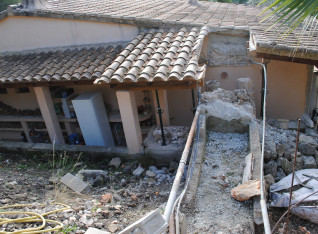 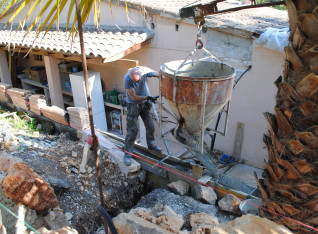 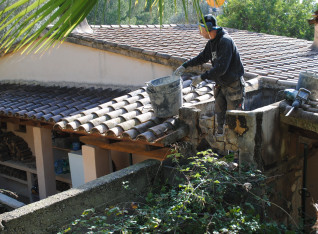 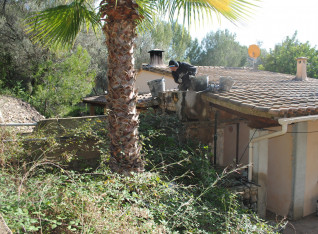 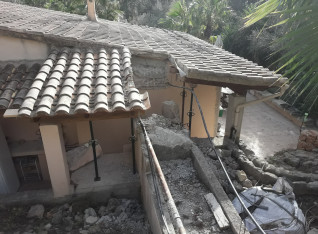